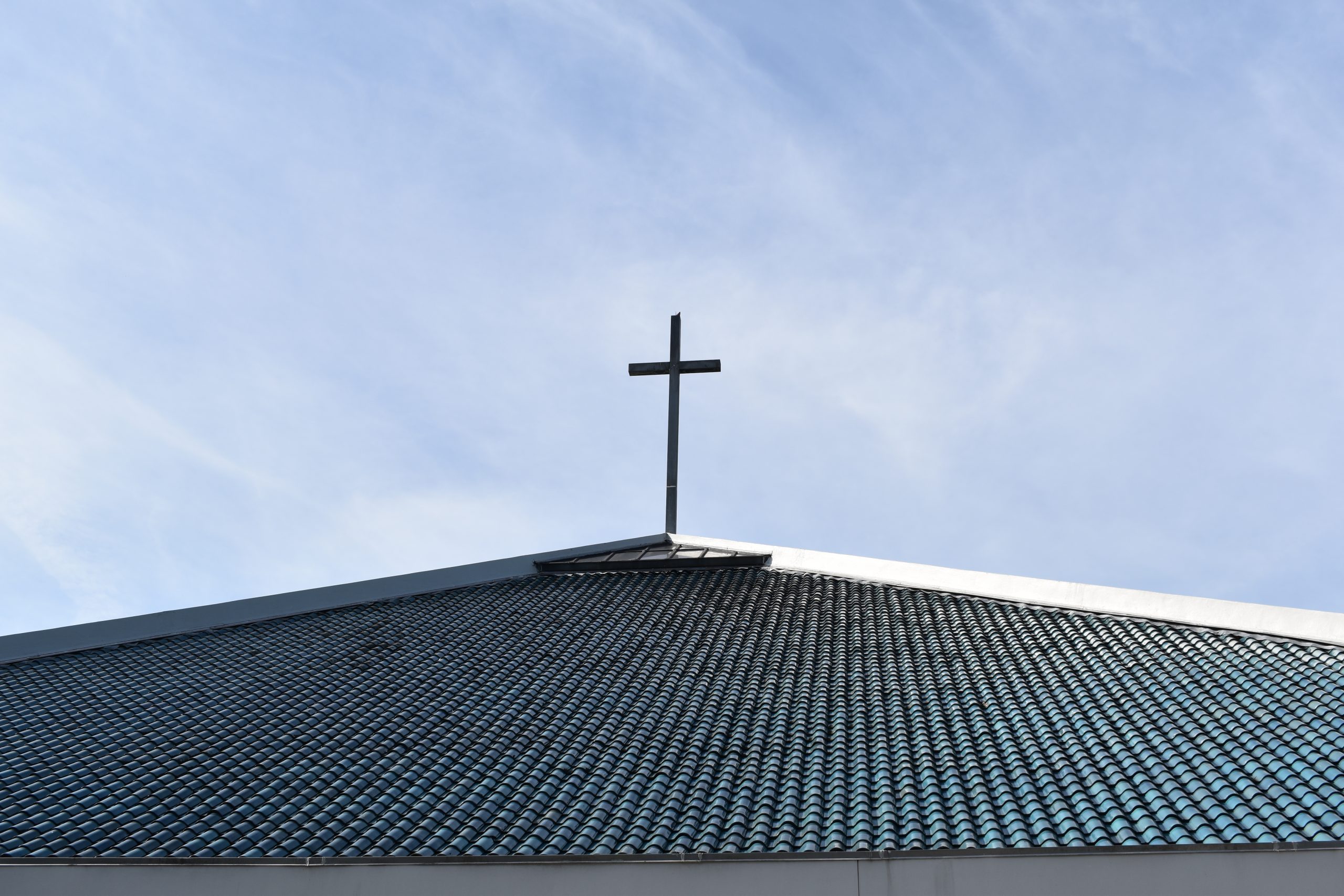 The morning of January 20th, St. Lawrence Catholic Church held a special blessing of the Saint statues on campus. This blessing was headed by the Pastor, Father Dan Kayajan. The parish and school staff were joined by the first graders from St. Lawrence Catholic School, along with many fathers and parents who remained after the Dad’s Mass earlier in the morning. This was the third annual Dad’s Mass tradition, in which fathers of children at St. Lawrence Catholic School are invited to attend weekday Mass with their child and participate in the liturgy together. The first-graders and their families in attendance were thrilled to share their weekly morning mass with their dads!

After Mass, each first-grader was invited to participate in the blessing of the saint statues. Each child was given a white rose to place at the foot of a statue while Father Dan blessed the statues with Holy Water. This special, prayerful morning united faith, family, and our parish-school community.

St. Lawrence would like to extend a special thanks everyone involved in planning these special moments for our parish and school!

Jesus said: “Going out about five o’clock, [the landowner] found others standing around, and said to them, ‘Why do you stand here idle all day?’ They answered, ‘Because no one has hired us.’ He said to them, ‘You too go into my vineyard.’” (Matthew 20:6-7 NABRE)

One of the hardest aspects of being without a job is finding gainful employment, especially in a new career path. Even if you stay in your field, you face formidable competition from others vying for the same position. These days, finding work between jobs might be accomplished in the realm of what is termed as the “gig economy.” Driving passengers and delivering various items pay a fixed rate per delivery or trip. Working in this way still requires customers to “hire” you. The stability that a full-time job provides gives way to the tentative aspects of sporadic work for hire.

Another approach to employment involves taking on a part-time job with reduced hours that often come with no benefits. Temporary employment, usually through an agency, is another option. Day labor, perhaps the least desirable way of finding work, involves showing up for the possibility of being chosen to work for that day. Oftentimes, after being ready, willing, and able, being passed over is a common occurrence in the life of a day laborer.

The Willingness to Work
Waiting for hire in any of the above situations is stressful and can easily be construed by others as “standing idle.” In the parable of the tenant farmers, we find a group of workers waiting to be “called.” Some are called right away, while others are called later at various times throughout the day. There is a “call and response” between the employer and the worker. The terms for the day are presented to each individual and agreed upon. According to the parable, everyone who is called goes to work in the vineyard, albeit at different times.

At the end of the day, as the workers are called from last to first, each receives their agreed-upon wage. A certain sense of fairness comes into question among some of the workers, and the parable ends by emphasizing the owner’s generosity over any subjective view of entitlement. A willingness to work, along with patience and tenacity, makes a powerful combination to have while waiting to be hired.

It is important to note that once a full-time job is obtained, the requirements of the job must be met and hopefully exceeded. Once employed, it is incumbent on the employee to readily adapt to and embrace ulars of the job they have obtained. While apparent idleness might be excused during unemployment, it is not well tolerated in the workplace. Directives are issued and goals are set to ensure the health and well-being of the company.

Go and Work in the Vineyard
In biblical terms, it could be said that the head of a given company represents the “father”, and the employees are the “sons” in the following illustration:

Jesus said to the chief priests and the elders:] “What do you think? A man had two sons; he went to the first and said, ‘Son, go and work in the vineyard today.’ He answered, ‘I will not’; but later he changed his mind and went. The father went to the second and said the same; and he answered, ‘I go, sir’; but he did not go. Which of the two did the will of his father?” They said, “The first.” Jesus said to them, “Truly I tell you, the tax collectors and the prostitutes are going into the kingdom of God ahead of you.”
(Matthew 21:28-31 NRSVCE)

Doing the Father’s will, both in ancient Palestine and today, involves a willingness and readiness to respond to particular directives (commandments). A paraphrase of a quote from St. Teresa of Calcutta, “Be where you are supposed to be, and do what you are supposed to do,” applies to work in general, and especially to work in the vineyard of ministry and evangelization.

Conclusion
While it is true that you “can’t put the cart before the horse” in terms of finding work, once employment is secured, the resolve that was once used to get a job can be channeled into the productivity and loyalty necessary for the mission at hand.

During this time of pandemic and economic downturn, let us pray for the grace to discern God’s will, the patience to wait on the Lord for employment in the workplace as well as in the vineyard of ministry.

The Hispanic Commission announces the annual Diocesan Hispanic Mass in honor of Our Lady of Charity of El Cobre, patroness of Cuba. The Mass will be presided by Bishop Gregory L. Parkes on Saturday, October 10, 2020, at 10:00 a.m. at the Cathedral of St. Jude the Apostle, 5815 5th Ave. North, St. Petersburg. This year, we will not have the procession of flags but we will gather at 9:30 a.m. to pray the Rosary before the Mass.

Due to spacing limitations resulting from the current COVID-19 pandemic, persons interested in attending the Mass will need to register here on a first-come-first-serve basis. Space is limited. If registration is full we invite you to watch the Mass via our Livestream, Facebook or Youtube. For more information contact Mercedes Cedeño at 727-344-1611 ext. 5471.